So I really cannot get enough of nut butters at the moment…I seem to literally spoon it on everything, it’s just so damn yummy!

When a little package came in the post from Jungle Butter, you can’t imagine how excited I was to try it. 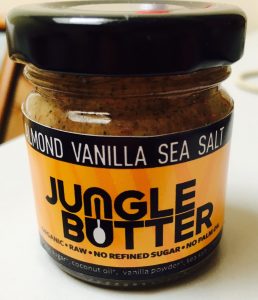 I told a friend of mine I was reviewing Jungle Butter and they were rather intrigued to say the least. ‘So its made from some kind of special jungle nut’ …. Ahaha no, but in all honesty I should have lied and said it was, after all it did give me some special flexibility powers 😉 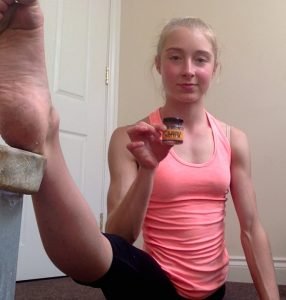 My gosh jungle butter takes nut butters to a whole new level! The taste really is sublime and incomparable to other nut butters I have tasted!!

I was sent 2 different flavours the first flavour was Almond, Vanilla and Sea salt; made from the finest ‘organic, raw, sicilian almonds, and sweetened with coconut sugar’. I have to say these top quality ingredients is what makes Jungle nut butters just so delicious.  Its quite hard to explain how fab it really tastes until you do actually taste it!

Oh the second flavor I tried was Almond and Cinnamon….WOW, it tasted like I was eating yummy gingerbread, so so morish and just a little bit Christmassy too say the least.

I have always preferred almond butters over peanut butters, even though I do love both,  I think going back to other brands of nut butters after Jungle Butter is going to be quite difficult though.

As with most almond butters Jungle butter is  fairly pricey, however I definitely think is worth the extra value simply because  the quality and taste is just so good.

This is how I enjoyed my Jungle Butter tasters …. 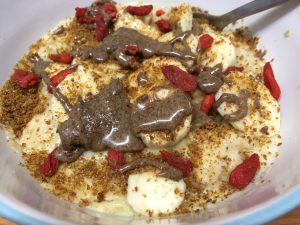 But equally I would have just spooned it out the jar….

My advice to you is to try some of this delicious nut butter, once tried you will fall in love.